Another Nordic Auction Every Thursday at Nordic!

HIGHLIGHTS FOR THIS WEEK’S SALE WILL BE ADDED SOON! 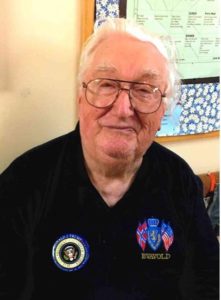 Born on April 23, 1937, in Fergus Falls, Minnesota, to Arnold and Evenelle Evavold. He passed away peacefully on January 21, 2020, with his children by his side.

Drafted in 1958, Stanley served the U.S. Army in the 4th Division, 15th Calvary Reconnaissance, stationed in Germany with Elvis Presley. As Stanley described it, he was a farm boy, so he was assigned to drive the tanks and military trucks loaded with soldiers for his knowledge on how to drive a tractor.

After the service, Stanley settled in Duluth, Minnesota, working at J.C. Penney’s as a Department Manager for 18+ years. In Duluth, he met his bride, Mardelle Loberg. They were married for 50 years with three children.

Born with the ability to sell anything, Stanley climbed to the top of the ladder in several corporate sales positions including Tasco and AG Best Manufacturing.

Although Stanley had several careers throughout his lifetime, his true passion was auctioneering. He was known to skip school to attend the local cattle auctions. Stanley was just shy of 13 years old the first time he stepped up to the microphone for his first auction. A local banker loaned him the funds to attend auctioneering school in his teenage years. Stanley founded Nordic Auction in 1950, officially established/patented in 1956, the longest running auction business in Northern Minnesota.

Even during his corporate sales years, Stanley was adding to his auctioneer career each week, and building Nordic Auction to new levels. In the 70’s, Stanley was the head auctioneer in Nappanee, Indiana, at the largest dealer auction in the United States. He beat out several auctioneers for this distinguished position. Stanley was also known for auctioning many hours without a single break – longest recorded was 14 hours straight.

Stanley’s favorite hobby was attending auctions all across the nation. On the side, he hauled cattle to Motley, Minnesota, for the livestock auctions. Stanley enjoyed collecting cream separators, and his metal toy tractor collection. Known for telling the latest “Sven and Ole” joke, Stanley was also vocally passionate about discussing local (and national) politics over a cup of coffee. Not shy to take a stance, Stanley was a devoted Republican and President Donald Trump supporter.

The family of Stanley Evavold would like to express our sincere appreciation for the wonderful staff and friends at Aftenro Home.

In addition, a sincere word of thanks to all of our friends, business relationships, and “Nordic” family members we have acquired over the years for the love, support, patronage, and everlasting memories.

We encourage all to share memories and “Stan”isms as we honor his passing.

“Stan”isms, the word coined by a group of Stanley’s auction friends, are popular saying’s Stanley would inject while auctioning:

Another Nordic Auction Every Thursday at Nordic!

HIGHLIGHTS FOR THIS WEEK’S SALE WILL BE ADDED SOON! 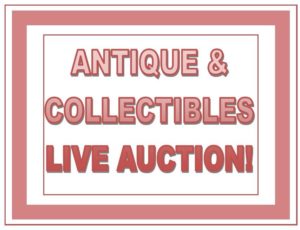 Due to weekly Thursday auction, all items will be arriving Friday, March 6 – watch the website Friday afternoon for more details! Doors open at 9:00 a.m. Saturday!

SIGN UP TO CONSIGN NOW!!! SLOTS FILL UP FAST!!!

Due to weekly Thursday auction, all items will be arriving Friday, April 3 – watch the website Friday afternoon for more details! Doors open at 9:00 a.m. Saturday!

SIGN UP TO CONSIGN NOW!!! SLOTS FILL UP FAST!!! 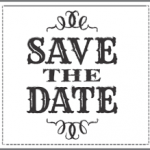 NOTE: The Island Lake auction is unique for all consignments arrive the morning of the auction making it difficult to list all items that will be present.

YOU MUST BE ON LIST TO CONSIGN! Text/Phone 218.590.3020 to get your slot! Or email: nordiauction@gmail.com your request to consign, list of items, and pictures.  The more complete list and photos, the better the advertising for your items to sell.

There will be LOTS, LOTS, MORE than listed!!!  Don’t miss this sale!!!